Netgear at CES is showing off its new Nighthawk M5 5G WiFi 6 Mobile Router, which supports all versions of 5G (mmWave and Sub-6GHz) and WiFi 6.

The M5 mobile router is equipped with Qualcomm’s X55 modem and it will work with mobile networks that support 5G, offering speeds up to 4Gb/s. Ahead of the widespread rollout of 5G, it also works with 4G. 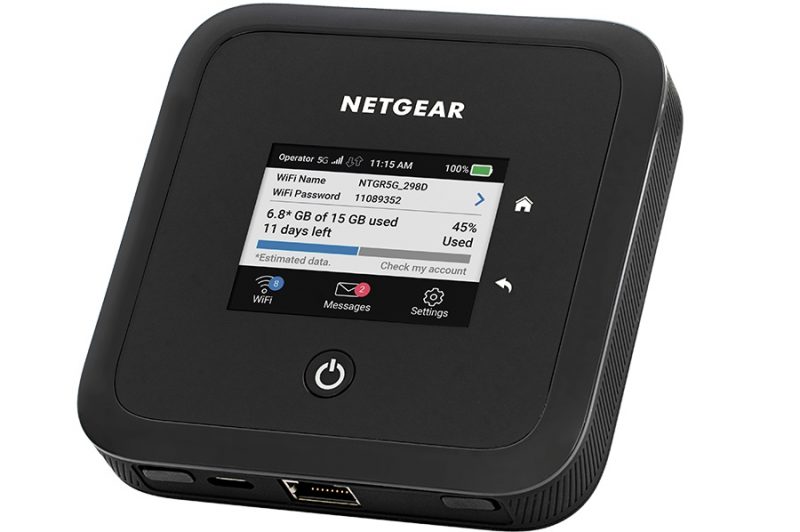 According to Netgear, the M5 is designed to provide fast internet speeds with low latency regardless of location, offering up 5G connection while on the go or a backup option for home internet when at home through the included gigabit Ethernet port.

When at home, the Ethernet port can be used to connect the M5 to an existing router, bringing 5G speeds to the home network. Netgear plans to release the Nighthawk M5 mobile hot spot in the second half of 2020, with pricing to be announced at a later date.

Along with the Nighthawk M5 5G WiFi 6 Mobile Router, Netgear also debuted the 4G LTE Orbi Tri-Band Mesh WiFi Router, designed for people who have limited or no access to traditional broadband. 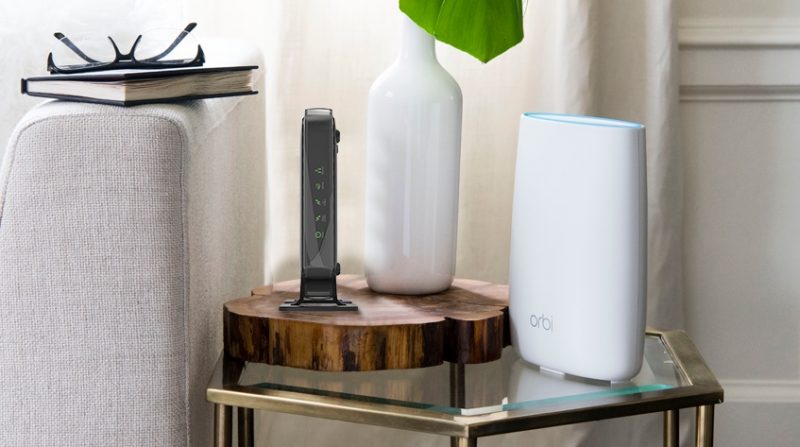 The Orbi 4G LTE can work alone or it can be combined with an existing wired service to serve as a backup in case the traditional WiFi service is interrupted. The Orbi 4G Router promises speeds of up to 1.2Gb/s over 4G LTE and is combined with high-performance tri-band AC2200 WiFi.

The router is designed to work with SIM cards from major LTE providers, and its internal antennas can reach up to 2,000 square feet of WiFi coverage that can be extended with Orbi WiFi 5 satellites for a mesh WiFi system.

"Up to 22% of American homes and an even higher percentage around the world don’t have a good option for high speed internet. It’s either too slow, too expensive, or non-existent. We are solving this problem for customers by delivering fast broadband for the home, wherever there is mobile coverage," said David Henry, senior vice president of Connected Home Products for NETGEAR. "Additionally, because this is part of Orbi Mesh WiFi systems family of products, the customer will also get the best in class WiFi speed and coverage as well as the safety and security of NETGEAR Armor Cybersecurity and Circle Parental Controls."

Priced affordably at $230, the Nighthawk WiFi 6 Mesh System, which supports 2×2 MU-MIMO, offers speeds of 600Mb/s on the 2.4GHz band and 1,200Mb/s on the 5GHz band. At those speeds, the router isn’t taking full advantage of WiFi 6’s capabilities, but it is more affordable than other current WiFi 6 mesh systems.