Following the update, Shazam will be displayed in Dark Mode whenever Dark Mode on an iPhone is enabled. 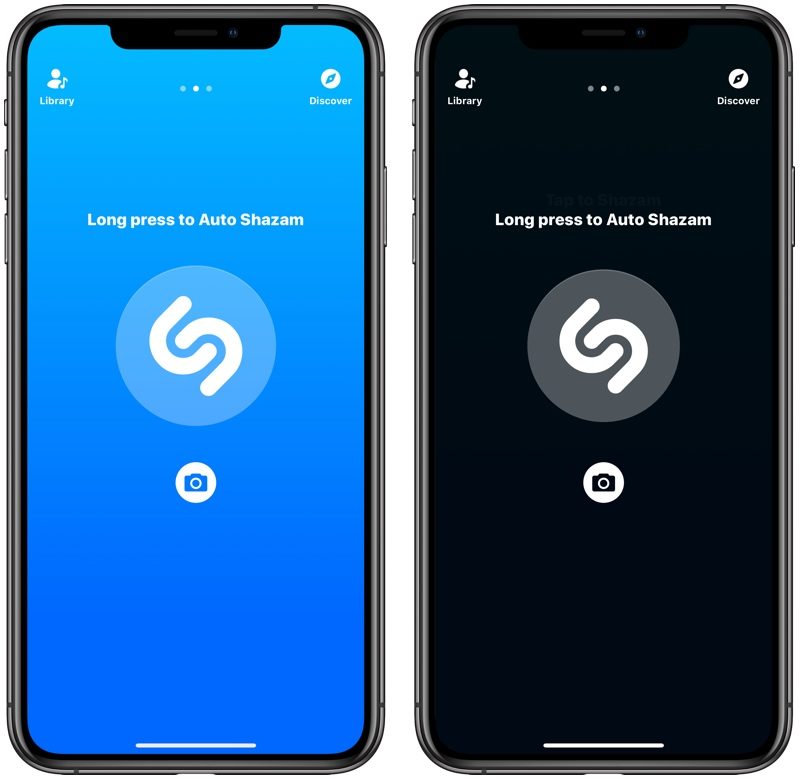 Shazam in Light Mode on left, Dark Mode on right

Today’s Shazam update also allows users to long press on any track in the app to add it to a favorite streaming app or share it with friends. Swiping two fingers on a list of tracks will also now select them to allow them to be added to a playlist.

We know you’re ready for iOS 13 – so is Shazam! Now you can Shazam in style with Dark Mode.

Long press on any track across the app to quickly add it to your favourite streaming app or share it with your friends. Want to quickly select a list of tracks to add to a playlist? Just place two fingers anywhere in a list of tracks and swipe down to multiselect

Apple purchased Shazam last September, and after the acquisition, removed all ads from the app and made it free. Shazam can be downloaded from the iOS App Store, though the song identification feature of the app is built right into the iPhone when asking Siri to identify a song. [Direct Link]

This article, "Apple-Owned Shazam Updated With Dark Mode Ahead of iOS 13 Launch" first appeared on MacRumors.com