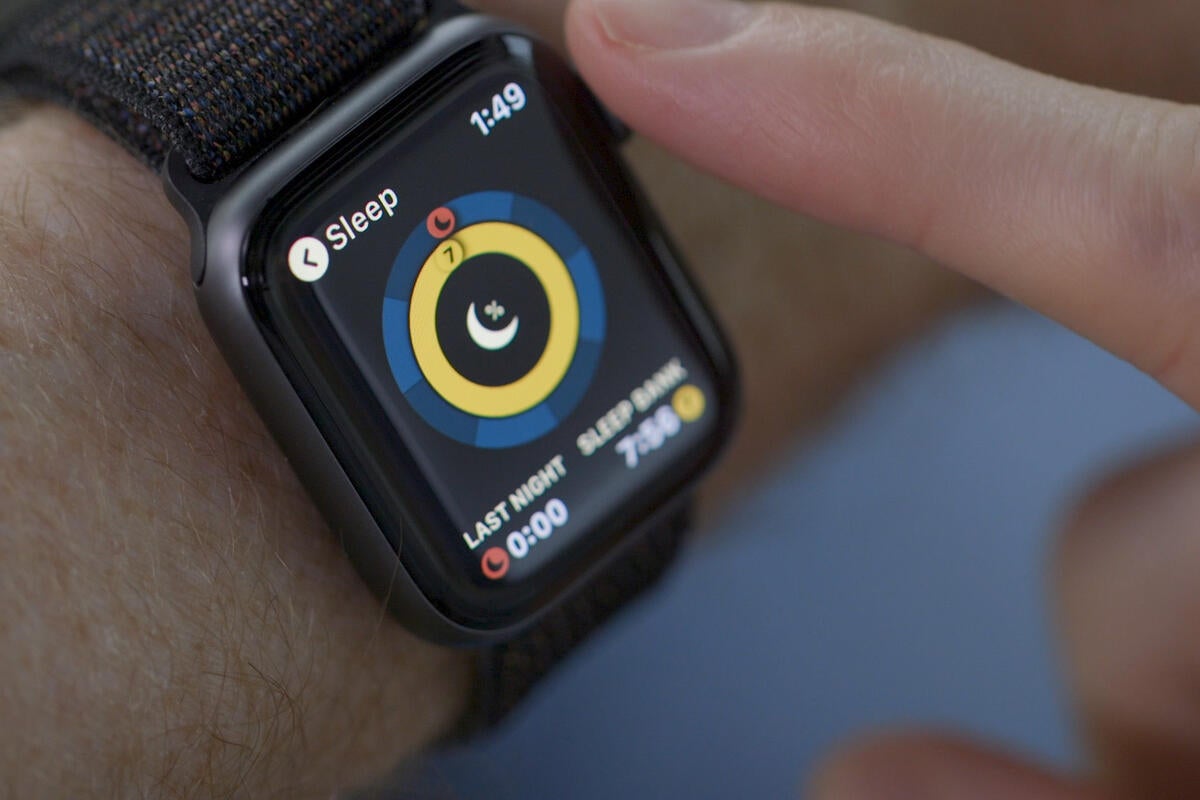 Earlier this year, a report from Bloomberg claimed that Apple is working on adding sleep tracking features to Apple Watch. It claimed that if the testing was successful, Apple would release the feature “by 2020.”

Now, new details have emerged about the feature, which sounds like it may be nearing release. 9to5Mac has a report with several new details.

Apple calls it “Time in bed tracking” though it appears to function like other sleep trackers, monitoring the quality of your sleep using your Apple Watch’s accelerometer, microphone, and heart rate sensor. Sleep data would be available in the Health app an in a new Sleep app on the Apple Watch.

Battery life is an issue with sleep tracking on Apple Watch, as it doesn’t offer the multi-day battery life of its Fitbit competitors. We tested several third-party sleep tracking apps and found that, as long as we charged up in the evening, the watch only needs to be charged once daily even when tracking sleep at night. Apple is said to be implementing a feature that would notify you to charge you watch before your usual bedtime if it won’t have enough charge to get you through the night.

Another nice feature: If your watch detects that you get up before your iPhone’s alarm goes off, it can disable it for you. Hopefully Apple has worked out the difference between “got up to go to the bathroom in the middle of the night” and “got up to start my day.”

In a separate report, MacRumors says it has seen reference to the feature in an internal build of iOS 13, including text strings like, “you can also track your sleep and get woken up silently by wearing your watch to bed.” The site also uncovered evidence of new complications and even a sleep-oriented watch face, based on the existence of a “ClockFaces-Burrito” string (“Burrito” is the codename for the Apple Watch’s sleep tracking).

Sleep tracking has been a significant missing ingredient on the Apple Watch, one that its competitors have had for years, and which speaks directly to the “heath and fitness” primary mission of Apple Watch. It’s unclear if this new software feature is coming in watchOS 6 this year or an update in the coming months, but these new leaks seem to suggest that its development is quite far along.

We’re also unsure if the feature will work only with a new Apple Watch Series 5 or with previous hardware, though there is nothing in these reports to suggest that it wouldn’t work on at least the Series 4 hardware, if not older models as well.