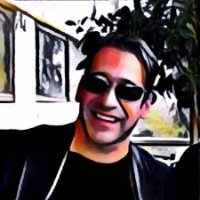 TLDR. Initial Exchange Offerings (IEOs) are picking up steam, capturing the interest of investors, project teams, and exchanges. IEOs have been breathing new life into the dying ICO model. While the first IEOs took place back in 2017 (Bread, Gifto), the trend didn’t really take off until early 2019. The demand for IEOs has been considerable, and can be attributed to several factors. IEOs represent a radical shift in the ICO model, in terms of trust. Top cryptocurrency exchanges around the world are launching their IEO launchpads and are scrambling to attract interesting new projects that want to raise funds, by selling tokens directly to exchange’s user base. This article will walk you through the rise of IEOs, their unique nature, advantages and limitations and evaluate the IEO offering by some of the top Exchanges.

Since the Coinmaster token sale in 2013, ICOs have been the most popular way to fundraise. The ICO idea is simple. The project creates a digital token, based on the ERC20 protocol, and then offers it for sale in an initial offering. While ICOs have raised billions and the ICO model became the most popular way to raise money, there have been plenty of problems and the model has been slowly dying.

One of the issues most investors face, is how to predict if the project will work after launch and if it will be successful. But the biggest problem has been scam.

The total funding of coins and tokens in 2017 reached $11.9 billion, with 11% ($1.34 billion) going to scams. A research study by Statis Group, revealed that more than 80% of ICOs in 2017 were scams. I am sure you all remember Bitconnect and their $2.6 billion Ponzi scheme (BTW, I just heard that Bitconnect is coming back and will go live in 42 days).

The trend has been changing and IEOs represent a safer way to invest in tokens. The most important advantage of IEOs is trust.

An IEO is just like an ICO, with the difference the tokens are sold only to the users of the exchange, that is conducting the token sale. IEOs offer plenty of advantages, over ICOs. An exchange can tap into its user base. The standards for due diligence are higher. The project gets an immediate listing on an exchange.

While, IEOs look very similar to ICOs, they offer more security and trust.

The exchange screens every project that wants to launch an IEO on its website. It analyzes the project’s whitepaper and tokenomics, marketing, product status and a few other things, to determine if the project is promising enough. If the project has legs, then a date is set for the IEO and exchange’s users can purchase the token. After the IEO completes, the token is listed on the exchange and is available for trading.

But major trading platforms like OKEx, Huobi, Bitrrex, Bitmax, Coineal, Exmarkets, KuCoin and others are joining the IEO bandwagon. The majority of the IEO platforms are currently held by Asian exchanges, however, European platforms are also getting ready to join the party.

Choosing the right platform to host an IEO is very important. It gives a project the best chance to achieve its fundraising goal. Some of the things to consider when selecting an IEO platform are: easy of use, safety and security, high liquidity, multi-coin support and strong technology.

1. Binance Launchpad: Superior technology, partnerships and a seamless user experience, are the reasons for its high liquidity. Currently the exchange has the highest number of users in the world giving it a broader reach, supporting all devices and multiple languages.

3. Huobi Prime: Huobi positions its launchpad as a Direct Premium Offering (DPO) platform. All coins purchased through Huobi Prime are immediately deposited into user’s accounts and are tradable on Huobi Global against Huobi Token (HT).

4. Bittrex: Bittrex’s first attempt at an IEO didn’t go as planned. RAID, its first IEO had to stop, due to some controversy with the project being funded. Unlike most other exchanges, Bittrex does not have its own token.

5. Kucoin Spotlight: At start the only requirement to participate, was to have a verified account and the principle was “first-come, first-served”. Now the exchange plans to use a lottery model. The exchange’s native coins are used as an instrument in the IEO model.

6. Coineal: A big exchange with almost $700M daily trading volume and a stronghold in the southeast Asian markets with investors in China, Japan, Korea, Vietnam.

7. Exmarkets Launchpad: One of the newer aggressive exchanges in the race. The platform lists 9 completed IEO’s 4 ongoing and 3 upcoming.

To launch an IEO, most exchanges ask for an upfront flat fee and a percentage of tokens or the funds raised. In most cases, terms are determined through private discussions rather than standardized procedures. Several exchanges are making IEOs a priority and are no longer considering new or niche assets for general listings. When I was speaking with a new exchange a couple of days ago, they told me their strategy is for IEOs to be their main source of revenue.

With 260 exchanges listed on Coinmarketcap, the exchange business is profitable, however the market has become very saturated and competitive. Exchanges are looking for new ways to earn and IEOs can boost their revenues through listing fees.

During the ICO boom in 2017, many projects hit the market and a lot of money was invested. But because of high scam rates, several countries in order to protect investors, banned ICOs or placed strict rules to reduce potential fraud. IEOs solve many problems that existed in the ICO model. High levels of trust make the IEO crowdfunding process much more efficient. However the possibility of the project failing after raising funds from an IEO still exists.

Initial Exchange Offerings mark the end of a long crypto winter, bring more security to the blockchain fundraising, change the fortunes for most of these exchanges and ultimately protect investors from scammers and fake projects.