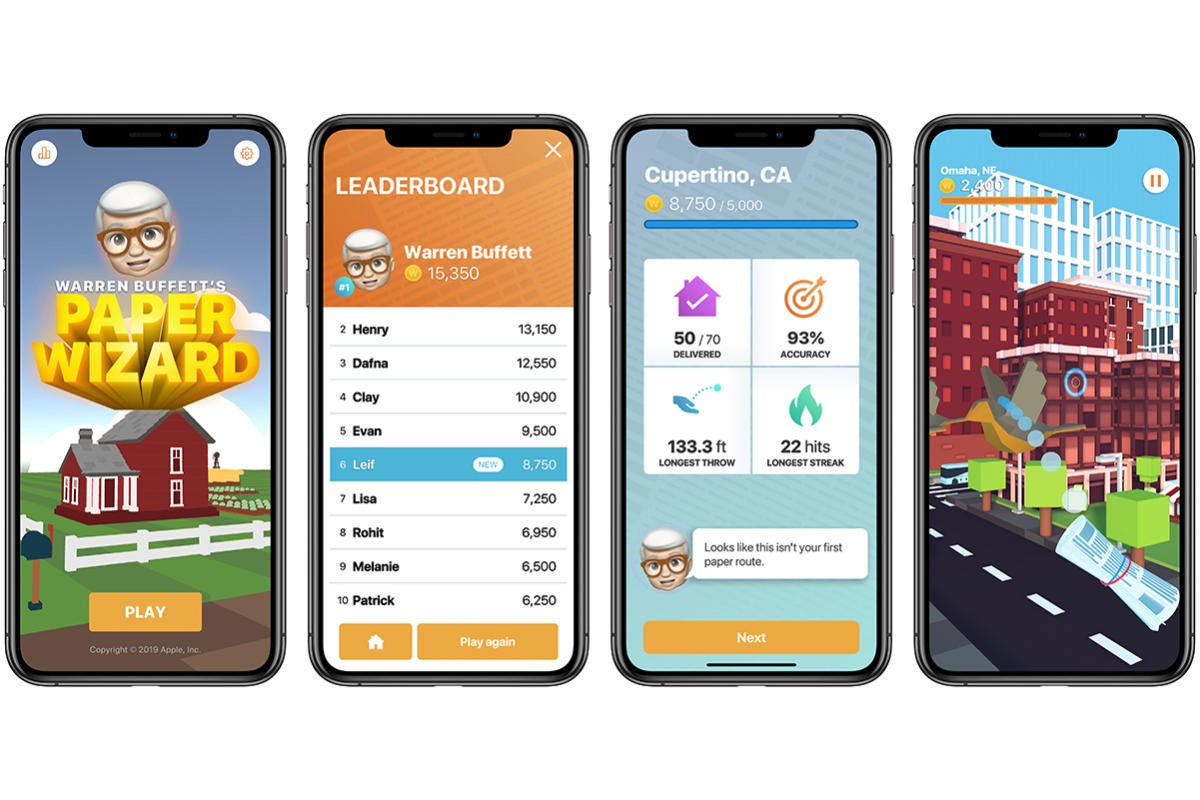 What does it take to get Apple to make a new video game? Apparently investing a few billion dollars helps. This weekend, Apple released Warren Buffet’s Paper Wizard, which was made in honor of the outspoken Berkshire Hathaway billionaire investor. It’s Apple’s first game since Texas Hold ‘Em appeared on the iOS way back in 2008. I took a few minutes to play through it—and yes, that’s really all it takes—and I enjoyed it well enough.

But I also can’t help but find it a little tasteless.

First things first: There’s a story behind its appearance. As the Omaha World-Herald reports, Apple made Warren Buffet’s Paper Wizard for one of Apple’s dad-jokey video shorts, and this one was shown for Apple CEO Tim Cook’s visit to Berkshire-Hathaway’s annual meeting in Omaha, Nebraska, this weekend. In the video, Buffet attempts to come up with good app ideas at an Apple facility, and Cook recommends a newspaper-throwing game based on Buffet’s early job as a paperboy.

If you’re looking for a bit of Apple innovation, you sure as heck won’t find it here. Warren Buffet’s Paper Wizard is essentially Atari’s Paperboy, but in this case you’re delivering papers in both Buffet’s hometown of Omaha and Apple’s hometown of Cupertino, California. Along the way, you pull back on a roll of paper on the screen and then toss them at the doorsteps of houses and the windows of skyscrapers.

At the end of each level, the bicycle apparently starts flying, E.T.-style, until you’re tossing relics of old-school journalism as the infamously nose-smashing walls of Apple Park. I’m not really sure who I was playing against, but I somehow ended up making sixth place on the leaderboards.

It’s fun for a while. It’s also free—and for that matter, it’s free of microtransactions as well. It looks like it was probably a quick contract project, but I at least like how the gameplay embraces the intuitive simplicity I still like to say is a hallmark of Apple design.

But for all that, I wish Tim Cook and Apple had kept it limited to the investor presentation. It’s kind of a bad look out in public, not least because mimicking the design of a popular game with few changes invites all kinds of ridicule about cloning and copycatting.

Sometimes it seems like accusations about who copied who are all we read about in tech journalism these days, and as such a Paperboy clone feels a little too on-the-nose. Considering that Apple is letting all of us download this, I wish it would have at least tried to come up with an original concept (although I admit the Memoji of Buffet is a nice touch).

More to the point, the public release of Warren Buffet’s Paper Wizard comes off as a cringe-worthy confirmation of accusations that the modern Apple puts the concerns of investors above consumers. It’s a bad look in an age in which Apple is increasingly under fire for its high prices, to say nothing of the concerns about the inordinate degree of power the wealthy hold over modern society.