Legacy issues of Activision Blizzard are being rapidly addressed, providing additional and immediate positive sentiment in the company, while increasing the scope of opportunities to grow both revenues and profits moving forward.

Activision Blizzard formed as the result of a merger in December 2007. Prior to this the group existed as separate entities Vivendi Games (holding company for Blizzard Entertainment) and Activision respectively. This merger set the stage in creating the largest gaming company in the world, by measures of both revenues and market cap. The company continues to hold renowned titles from World of Warcraft to Call of Duty, while innovating to create new franchises such as Hearthstone and Overwatch.

Today the company stands as a bastion of the industry, and this is from where it derives its core strengths. A second to none catalogue of historic titles and IP, thousands of highly competent and talented creative and technical personnel (with is growing circa 20% through 2019), and the financial clout to remain relevant in the industries ever-changing climate. 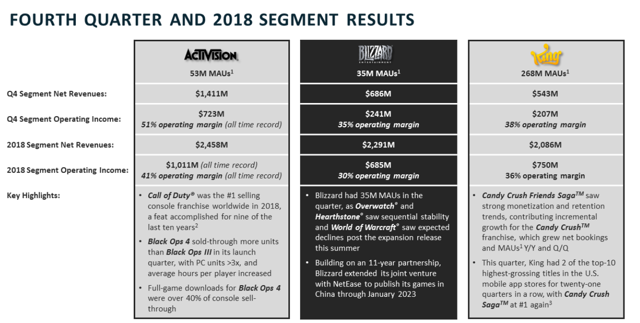 Activision demonstrates strong overall results for Q4 with record operating margins and revenues inline with expectations. Call of Duty remains the key franchise and is performing well. The transition to digital continues and this bodes well for future increases in margins compared to traditional retail distribution.

The results above indicate an expected lower level of revenues for Blizzard for Q4 as Warcraft subscribers trail off and a lack of new major releases becomes evident. Perhaps less expected is the drop in in-game monetization for Overwatch and Hearthstone as discussed elsewhere in this article.

While not included in the segment results above, King is projecting ad revenues to increase to $100m for full year 2019 and this is the first time this has happened. It helps provide the basis for alternative business models moving forward, especially in mobile gaming which will be a major factor for growth over upcoming years.

Declining profitability for 2019 is indicative of the transitioning period of change and lower frequency of new releases. Reductions in both margins and revenues compared to 2019 will adversely impact performance alongside an increased tax rate due to international regulations.

However, this is likely to be a temporary trend with growth set to continue strongly during 2020 and beyond. The overall scope of changes management plan to make include additional costs for new game development, part of which will happen during the 2019 fiscal year. 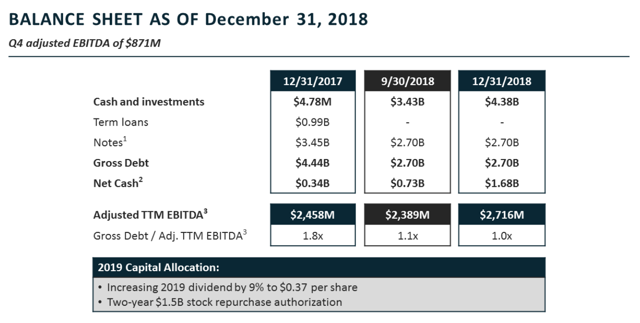 Most notable is that gross debt continues to be reduced while currently standing at $2.7bn with net cash of $1.68bn. These lower levels of debt provide capacity of extended growth, acquisitions, share buybacks and increased dividends. In terms of the latter two, the 2019 dividend is set to increase by 9% to $0.37 per share while stock buybacks have been authorized at $1.5bn over the next two years.

This highlights a relatively sensible approach to capital allocation through this transition year, and maintains the foundation for increased growth through 2020.

The current pipeline remains strong, with releases for major franchises from Warcraft, Call of Duty, Diablo, Candy Crush and a host of classical releases including Crash Bandicoot and Spyro. This is a diversified range of IP that continues to perform well in the face of encroaching competitors. A significant contributor to this success is the long-standing brand awareness, especially noticeable in the re-release of classical titles. While lower growth of new titles is expected to stagnate during 2019, it is set for growth thereafter.

Management changes primarily include the re-appointment of previous CFO Dennis Durkin whom led the group between 2013 and May 2017. Noteworthy is the compensation, standing at circa $15m. This is considered highly generous and in the authors opinion indicates the willingness of the top management to fix this on-going issue. Appointing a CFO that understands the business extremely well, and is well considered by Wallstreet is a strong move in the right direction (Games Industry, 2018).

Additionally, CEO Bob Kotick indicates further changes in the latest Q4 conference. This encompasses lower in-game monetization through 2019 (which is, in the authors opinion, necessarily for long-term success) and an emphasis on wholly owned IP coupled with the required increase in resources.

The core metrics are engagement, growth in revenue and player investment. Each of these metrics are expected to grow through 2020. How significantly is still unclear, and depends on the actions of management moving forward.

Expansion of core development teams by circa 20% is indicative of a stronger focus on game quality and post-release content updates. Management have previously reduced labor costs and game quality suffered, the return to providing sufficient levels of staff to “create great games” is a welcome return for both players and investors alike. Coupled with news on a reduction in back office staff due to the continued transition to digital platforms, the costs of increased technical teams will be somewhat offset.

“Increasing the flow and the frequency of compelling in-game content and upfront releases to serve the needs of our players is the number one goal set by the leadership team moving forward.” – (Q4 Investor Conference, 2019).

Mobile as platform continues to perform exceptionally well across Asia, and while Diablo is a major mobile title the current pipeline has potential to be more ambitious. Moving through 2019 it is likely that the company will undertake additional, new mobile first titles. While specific details remain unclear, it is understood that mobile will be a focus through 2019 and beyond. (Q4 Investor Conference, 2019).

Destiny has previously been a source of concern for investors, and the recent news to offload this asset has been mixed. While it is confirmed it will not have a material impact on operating revenues and profitability, it does represent the companies change in focus, and provides a clean break in what was until this point an un-exceptional outcome.

While there is a strong pipeline for 2019, the loss of destiny and management problems lead to a slower pipeline for 2019 than previous projections expected. This is in part a factor that has led to the recent substantial declines in stock price. 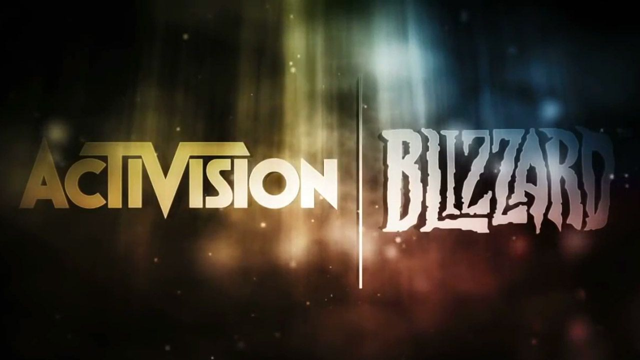 Blizzard’s segment of the group reports weaker in-game monetization for both Overwatch and Hearthstone, indicative of further declines ahead. This is broadly in-line with expectations, but a further weakening could become a material cause for concern in this segment’s profitability.

While modest, an increase in the effective tax rate to 24% will have an adverse impact on earnings moving forward. Current tax rates stand at between 22% and 23%.

The introduction of a Call of Duty professional league is the latest expansion into this area. It is a fast-growing industry but the costs associated with establishing Activision Blizzards e-sports division remain significant. It is a high-risk high reward strategy, with the belief that investment now will provide a profitable asset over the upcoming years while driving synergistic growth of leading titles.

Notably, the announcement of Diablo Immortal (a mobile title) at Blizzcon 2018 will go down in history as a PR disaster. The criticism that followed portrayed the company as out-of-touch with its audience and damaged the wider Blizzard brand (Wired, 2018). This issue has incited controversy and the solution includes substantial increases in headcount for the Diablo series. This includes the PC version fans have been eagerly awaiting, and reduces the risk of further PR issues for the series moving forward.

As noted in previous reports, Diablo Immortal is likely to be a major success across Asia, but it highlights the important distinctions the company needs to make when launching products aimed at various segmented demographics.

While expectations remain subdued for 2019, Activision Blizzard is now increasing capacity and focusing on core franchises. This will lead to a transition year during 2019, with a path to greater growth through 2020 and beyond. Management changes have been responded to positively by investors, with the CFO problem solved the issues of engagement, growth in reach and player investment are the prime focus.

2019 Q4 will remain extremely important for the company due to a slower frequency of releases. Q4 will include an at present un-announced new major release, as well as providing the first indications as to the success of Warcraft Classic.

Finally, mobile as a platform remains a key opportunity, and is likely to become a major contributor of growth through 2020 onwards. As a metric it will become increasingly important, and attention to growth in this sector should be followed closely by analysts.

I’ll be writing additional content on Activision Blizzard in the upcoming weeks to further explore this vast company. To get real time updates on new articles follow me right here, on Seeking Alpha.

Disclosure: I am/we are long ATVI. I wrote this article myself, and it expresses my own opinions. I am not receiving compensation for it (other than from Seeking Alpha). I have no business relationship with any company whose stock is mentioned in this article.